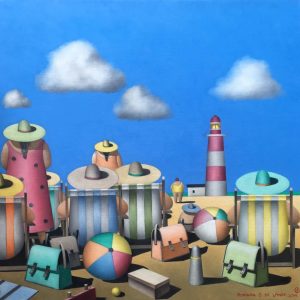 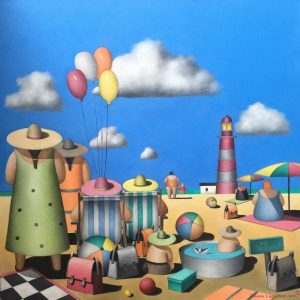 Born in Walvis Bay, Namibia, Adriaan spent his childhood in Walvis Bay, Khorixas and Grootfontein, small towns in the interior, before matriculating at Helderberg College in Somerset West. He then spent almost two years in the dog unit, SADF and from there went on to complete his BA in counseling psychology at the University of Stellenbosch

Adriaan’s interest in art, starting at a young age, inspired him in later years to take the plunge and release his passion in painting with oils. Mostly self-taught, his comprehensive creative outlets gives him the true satisfaction that he desires.

He set his focus firmly on the western tradition of fine art. A distinguishing characteristic is the passion he imbues into his work, combined with a photographic stillness that seems to sum up the serenity and reality of the true nature of his imagination. He has gained a technical facility, which enables him to work with equal skill in different mediums, not only creating breathtaking images, but also showing his abiding concern with reconciling the demands of colour, space and subject matter

Art, like beauty, is in the eye of the beholder inviting an emotional response to form texture, shape and subject. The viewer experiences the rich resources of Adriaan’s imagination on canvas trough, amongst others, modern epic seascapes. This experience gives you the pleasure of Life on ‘the Beach in its visual feast of striking colours juxtaposing a stark abundance featuring faceless female bathers yet voluptuous in form, adding a quaint dimension with the regular presence of a black dog. What is so compelling about these scenes are the way in which the artist’s characters are intentionally turned away from the viewers gaze, such disengagement creating a psychological distance which could further be explored in finding the story or interpretative identity of this dramatic beach outing.

Today, Adriaan lives and works mainly in Stellenbosch and often returns to Namibia for long visits.

His work is highly sought after, and with only averaging 10 paintings a year, exclusive and in great demand