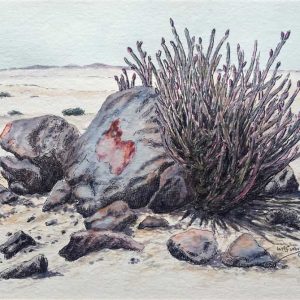 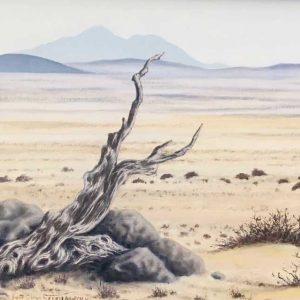 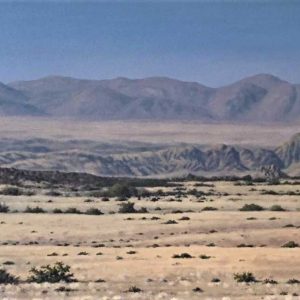 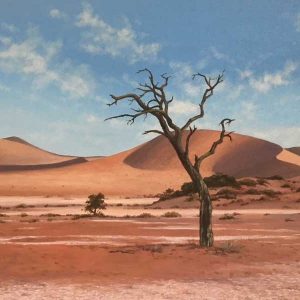 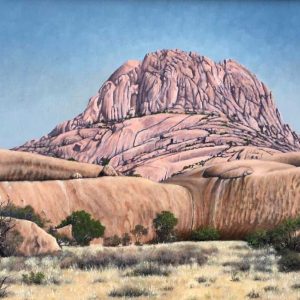 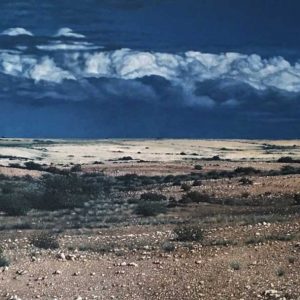 Was promoted and transferred to Okahandja by SA Railways in August 1984. Resigned from
Transnamib in November 1992 after 19 years of combined service to become full time artist.
Became a business man in a partnership ( Makalani Bricks & Sand ) in Okahandja in September
1994 amd only worked as a part time artist. Since 2003 he was also full time involved in cut flower
farming with his family until 2011. Since then he is a fulltime artist and lives in Okahandja.

Participated in group exhibitions in Namibia, South Africa and The Netherlands. One painting was
chosen by the 2000 Foundation International Art Project and participated in the Millennium Art
Collection in the Netherlands in 2000.