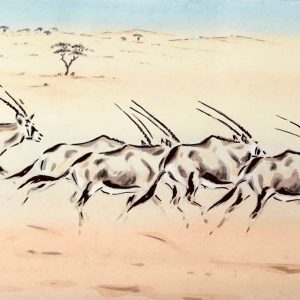 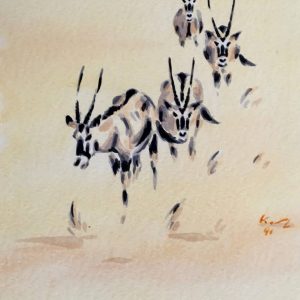 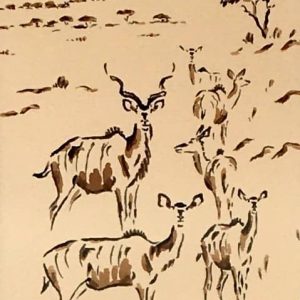 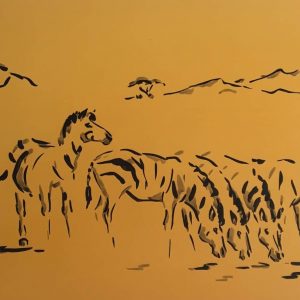 Konrad Zander was born on 19.09.1920 as the first child of Erhard Hugo Zander and his wife Elisabeth, nee Cramer, in Windhoek in Elisabeth-Heim. Spent his childhood on the farm Omitiomere at Black Nossob. When his mother died while giving birth to his sister  in 1922, his childhood was marked by his evening encounters with his hard-working and dejected father. After the sale of the farm the family moved to Monteith near Okahandja, in a new environment. Very early, therefore, the children of the farm workers and other adults of his environment were friendly and loving caregivers, from whom the child learned a lot and quickly became independent. During high school  he met his future wife, Ilse Sievers from Swakomund. After graduation in 1938, the young man worked as a employer on the Hälbig farm Neuschwaben and later on the farm Rietfontein. In 1940, at the age of twenty, Konrad Zander was arrested by the South African administration in South West Africa and imprisoned until 1946 in Andalusia, a prison camp in northern South Africa. On his return Konrad Zander went to Katemba, a farm that his father inherited half of in the 1930´ from a cousin which was located directly on the police line at the Kaokoveld.  Katemba had been 17,000 hectares under the previous owner Wohler and had been shared. Old Katemba became the subject of a story in 1931, The story of the Old Blood and the Great Abandonment, by Hans Grimm and was attributed to the extreme edge of civilization in the late 1940s.

On 20 January 1948, Konrad Zander married his school friend Ilse Sievers, with whom he had remained in contact for almost ten years exclusively with letters. Soon after the wedding the young couple bought the farm Katemba from Erhard Hugo Zander and ran a dairy and sheep breeding. Around 1949, the first child Erhard, soon after Alheide was born. A special feature of Katemba was the then strong game on the grounds of the farm and the presence of elephants, giraffes and lions in the vicinity of the farm houses and garden.The outstanding possibilities of animal observation attracted numerous visitors, among them, the painters Fritz Krampe and Prof. Behn, furthermore animal experts like Joachim F. Warning and hunters like Peter Stark. The Zanders prepared themselves to make souvenirs made out of ostrich eggs and thereby earned a small extra income. The main income continued to represent the farm economy, which was also subject to a constant ups and downs on Katemba. In his years as a farmer there, Konrad Zander had experienced innumerable adventures in the agitating wilderness, was often in mortal danger and had sustained several serious injuries. His father, who remarried in 1932 and 1939 had a son from this marriage, died in 1954 on Monteith. In the late 1950s, new farmland was declared west of Katemba and developed. Wild animals came thereby less often to the farm of the Zanders and the visitors stayed away. Due to the general societal change in South West Africa, the agricultural premises changed too: the dairy industry declined sharply, dairies closed, milk and butter were imported from South Africa. The farmers responded to good meat prices with the breeding of cattle and the fencing of the farms, the couple Zander adapted to and survived the great drought of 1957 only by luck.

Konrad Zander applied for additional income at the first director of the nature conservation authority, Bernabé de la Bat, as field overseer. In 1959, the farmer discovered  painting and devoted himself intensively to his art, after some exhibition successes and good reviews. He studied prior to WWII under Johannes Blatt in Swakopmund and had some lessons 1965 in Germany, but has been mainly self-taught.  – The culmination of this creative period was a joint exhibition with Joachim Voigts in Göttingen and the awarding of the Prince Bernhard Medal in bronze on the occasion of the Interfauna exhibition in 1968.

Ilse and Konrad Zander, who sold Katemba in 1965, made their first European trip in the same year and went to see England, Germany, France and Italy. They moved to Swakopmund in late 1965 to realize there how much they they miss their farm life. In 1966, they bought the Namatanga farm, located 70 km northwest of Outjo, which was founded in 1904. The couple moved later to Somerset West to spend their twilight years there. Konrad Zander died in somerset West on 27.03.2009

His works have been popular and used for calendars and cards. He also designed wool carpets.

He has participated in many group exhibitions from 1960 in Namibia, South Africa and Germany. First solo exhibition 1959 in Grootfontein. Joint exhibition with Annika Funke 2013, Art Association Swakopmund