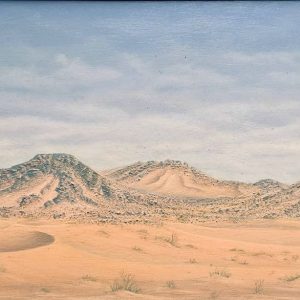 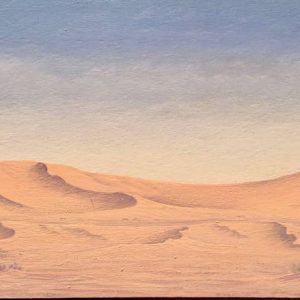 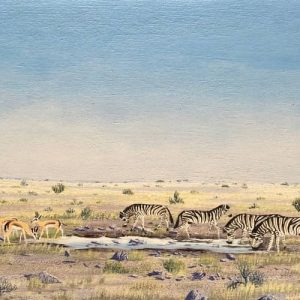 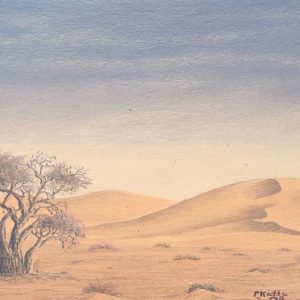 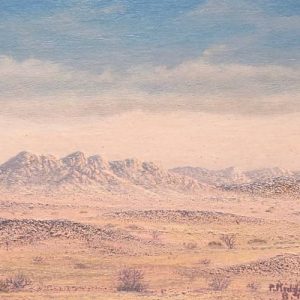 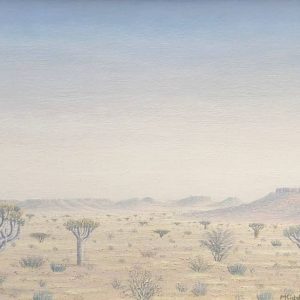 A self – taught artist that started his career as a street artist. – Left home at the age of 14, to finish standard five in Walvis Bay. He completed his school, standard six to eight, at the Augustineum Training College in Okahandja and later on he moved to Windhoek. He started as a casual worker, mostly concentrated on painting as a sub – contractor. He used the rest of the left – over paints and painted on stones that he exhibited in front of his house.

In 2010, Kiddo spent two months in Berlin where he was stunned by the fast pace of life in comparison with the conservative dragging of feet in Namibia.

His visit to Berlin exposed him to so many situations but what he could evidently not forget was the yearning of a helpless addict, which has also found a spot on Kiddo’s boards.

National Art Gallery of Namibia, Embassy of the Federal Republic of Germany, Windhoek