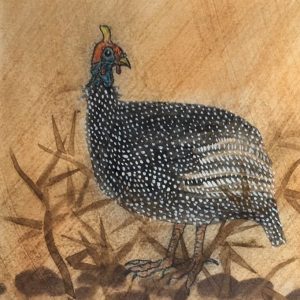 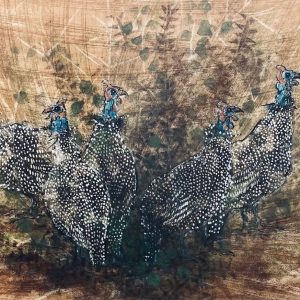 The family fled to lower Saxony in 1945.

Apprenticeship in show advertising 1951 – 1955 in Cologne, Germany. Studied graphic design under Professor Piet Langenberg in Cologne. His intuition has been intensified by the surrealist Peter Steinberger and Professor Jansen at the Practical Art School  in Krefeld. Advanced studies in art with evening classes, while working as an Art Director for a graphic design company in Frankfurt and Cologne. Lived from 1971 – 1974 in Munich.

Established his own advertising business in Windhoek 1974. Developed his own art by attending art classes with Adelheid Lilienthal 1985 and additional etching courses 1993 in Schwalenberg, Germany.

Sander had embarked a project during the Diaz Festival and went on a remarkable hiking trip from Windhoek to Lüderitz at the Diaz Festival.
During this four-week-long trek through the South, he completed about 150 paintings, of which the proceeds were donated to charitable causes.

He settled in the Omaruru District and lived on the Farm “ Mara “. Committed in 2006 suicide.

Participated 2004 in The Karibib Art Festival.