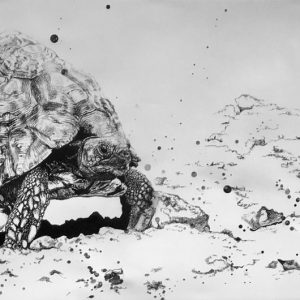 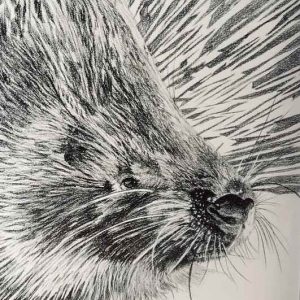 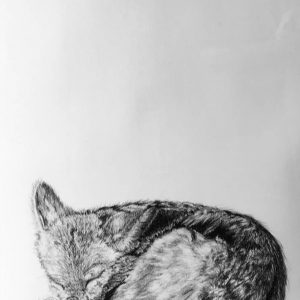 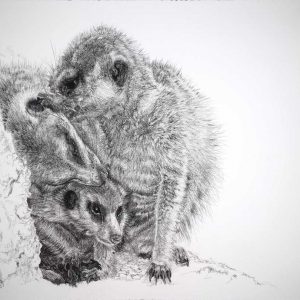 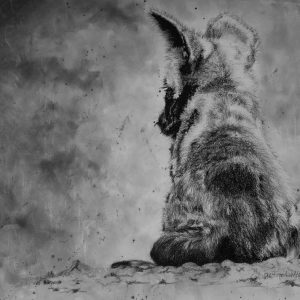 Christine’s primary interest in wildlife had its origins in the contemplation of nature. However, her work has now moved into a more subjective emotional observation of the dire straits in which the fauna of the world has remorse-lessly been plunged. Through the interrogation of this subject it is her intention to redirect the gaze of the viewer from the romantic concept of an African landscape to a current worldview where the imminent danger of a disap-pearing species becomes the focus.

The use of monochrome imagery lends a dramatic slant to the subject highlighting the form. The choice of a closely cropped image where the viewer will be drawn into a direct gaze of an animal is a deliberate choice. The image must confront and engage. Whether the gaze is from a minuscule mammal or bird to the sinuous characteristics of a big cat or the power of one of the continent’s behemoths the intention is to transport the viewer from a position of disinterested apathy to one of actionable engagement.

At present Christine is interrogating the notion of the desire of man to turn everything he sees into a commodity.
Whether that commodity is a trinket to hang around his neck, put on his coffee table, stuff it and hang it on his wall or turn it into a life enhancing elixir he is slowly but surely destroying the natural world in that quest.

As a result of her exposure to the wilderness of Africa, a place she believes is a sanctuary for the soul, Christine has become increasingly involved in conservation issues. This has heavily influenced her art as she is now passionate about showcasing the natural world in its most beautiful guises. The aim is for those who come into contact with her work to share her feeling that it is imperative that we halt those people who are denuding the world of its natural resources and heritage.

Artistically, many photographers have influenced Christine in the development of her work including Annie Leibovitz, whose work raises thought-provoking issues, while Henri Cartier Bresson, the father of street photography, has enabled her to see things very differently. Vincent Munier, a Wildlife Photographer’s work has heavily influenced Christine’s concept of composition. The individual insights of artists such as Dali, Gaudi, Da Vinci, William Kentridge, Diane Victor, Nick Brandt and Gregory Colbert among many others have encouraged her to seek her own form of excellence.

With regards to conservation, Christine is heavily influenced by the likes of Jane Goodall, Diane Fossey, David Attenborough and Ofir Drori who have inspired her to use her own talents to promote the preservation of the world for all.