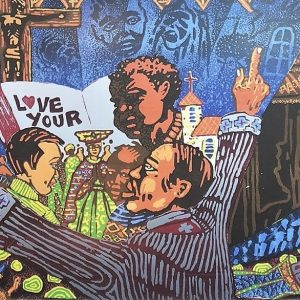 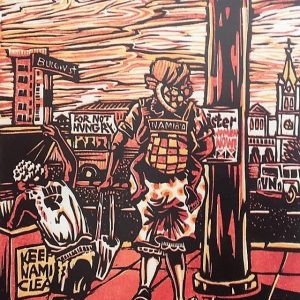 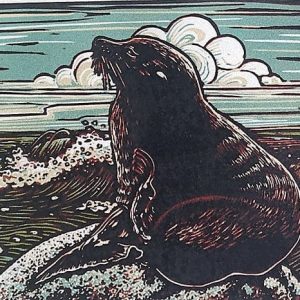 Moved 1957 with his parents to Walvis Bay and completed schooling in Swakopmund.

Has been trained as a carpenter in Walvis Bay 1971 and found employment at Wesco and Tuna Fish Factories in Walvis Bay 1973 – 1975. Maritime themes are reflected in many of his prints of the 1990´s . Became an operator/ instructor at Rössing Uranium Mine near Swakopmund in 1975. With a few colleagues, he became involved in the early in-official “ Rössing News “ known as “ The Bugle “ where he was able to explore his illustration skills in the fledgling journal.

Encouraged by Namibian artist Koos van Ellinckhuijzen.  Madisia attended a watercolor workshop with Edda Mally from Austria in Windhoek, 1982. He moved to Windhoek in 1983 and became a darkroom assistant at Namib Advertising Company. Simultaneously he visited art classes in the evening at the Academy. With the help of a bursary by the Namibian Art Association he studied drawing under Marina Aguiar, design, painting and graphic techniques under Demetriuos Spirou  at the Academy in 1983 – 1985. He became a media technologist of the academy foundation and a committee member of the Namibian Art Association 1987. 1989 he produced posters and pamphlets’ for the UNTAG during the election campaign and has been employed by the education faculty at the University of Namibia. Several study tours followed from 1990. On his return 1993 he became an art lecture at the Franco Namibian Cultural Centre in Windhoek. A mentor of various young artists like Andrew van Wyk.

He moved 1993 to Walvis Bay and became a fulltime artist. Madisia obtained a Bachelor of Arts Degree in 1999. Since then, Madisia has had many accomplishments as an artist, some of these include being the founder member of the “Tulipamwe International Artist’s Workshop” (which made a great impact on the post independence art development of Namibia), and spearheading the establishment of the National Standard Setting Body for Arts and Culture. Madisia was  appointed as acting director at John Muafangejo Arts Centre until January 2002 where he set up and developed the Katutura Community Art Centre from 2001 – 2004. He served as the Director of the National Art Gallery 2005 – 2011.

Illustrated amongst others: Mandy´s Wheel, Let´s speak English, Vol I & II Cultural Overview of Namibia and covers for Kalabash – a magazine published by Ministry of Education and Culture and 1986 an pen & ink drawing for Metje & Ziegler Chronic by Klaus J. Becker